A three-day event full of action, suspense and competition

The most delicious and aromatic battleground of the city was set up in Technopolis, as part of the 4th Athens Coffee Festival, offering 3 days full of suspense and emotion.

SCA Greece’s official national championships on the one hand confirmed the important, now institutional, role of the Athens Coffee Festival in the wider coffee industry, and on the other hand captivated hundreds of attendees who watched the competitors perform rare technique and knowhow demonstrations. Coffee is now an art form and baristas stand out when they are creative. In the specially designed room of Hall D10, reminiscent of a night club (with strobe lights and loud music), action never stopped. The aspiring champions fought their battles almost relentlessly, keeping the growing audience alert. 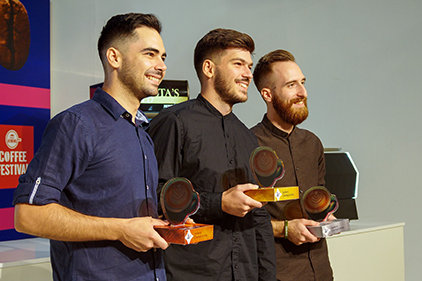 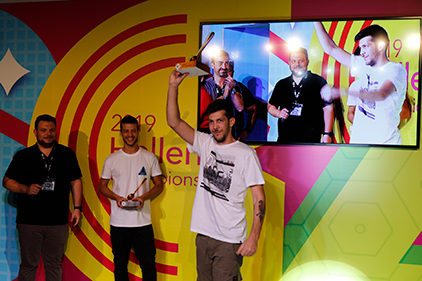 On Saturday we had the battle for the first big winner. In the final of the Cup Tasters championship, Orestis Sfyris managed to become the back 2 back champion, as he repeated last year’s success by winning the first prize and along with it a ticket to the respective international competition. Panagiotis Vitalis came in second and Konstantinos Kousiouris came in third. 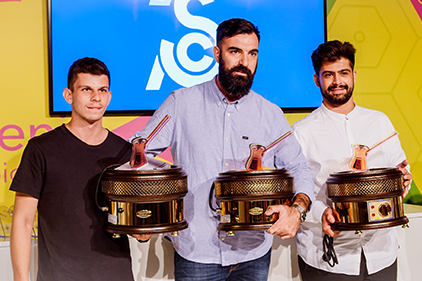 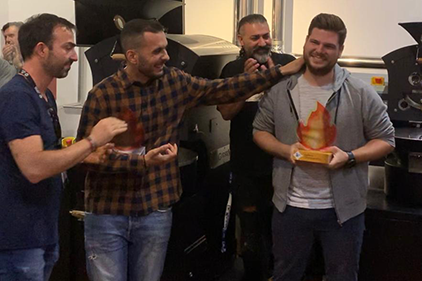 Early on Sunday morning Latte Art contenders were thrown into battle. After a race that lasted for about two hours, Christos Ntouvas for yet another year managed to stand out against his rivals with his ability of turning a cup of cappuccino into a work of art; and shall represent Greece in the international competition. Konstantinos Katsanos came in second and Maltezos Giannis came in third. We had a new champion in the CEZVE/IBRIK category; making coffee in a Greek coffee pot (briki). Dimitris Mpaigkousis lifted the trophy while Giorgos Simaiakis and Dimitris Karampas came in second and third respectively.

The final day of the festival was the highpoint of the Roasting Championship. After a marathon of many individual races with respective scoring, Alexandros Feras crossed the finishing line first, followed by Giorgos Delichristos and Alexandros Nerantzis, who came in second and third, respectively.